In March I received an email saying I got into the Jo’s Country Junction retreat with Bonnie Hunter. I was beyond excited!  When the retreat projects were announced, the excitement waned just a bit. One was String Spiderweb.  I know Bonnie does a lot of string piecing, but it is one of my least favorite techniques.  It’s just too messy and tedious. Lou Ann’s Quilt Garden and Retreat Center in Oelwein, Iowa hosted the event at their lovely retreat center. The venue is great with a big sewing area and accommodations in “apartments” upstairs. Even better, it is attached to Lou Ann’s quilt shop for convenient shopping.

I’ve taken dozens of quilting classes and really don’t get star struck but THE Bonnie Hunter. I guess I was a little star struck! 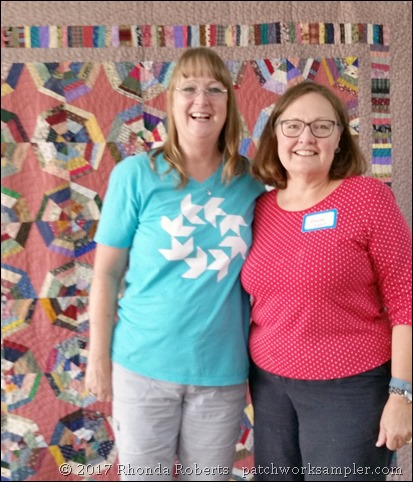 Day 1: Moth in the Window

This is an easy scrappy project where I used a lot of older stash, and will use even more if I make the half-square triangle border.  I made a bunch of blocks and plan to make a bunch more to make it a good size for donation.  I’m undecided on the border and have been playing in EQ7 to come up with a different pieced border.  The HST border is nice, but would be very time consuming for a charity quilt. Bonnie taught how to organize the sewing so the seams all nested without spinning the four patches. The pattern for Moth in the Window is in Bonnie’s book, Addicted to Scraps and may be purchased here. 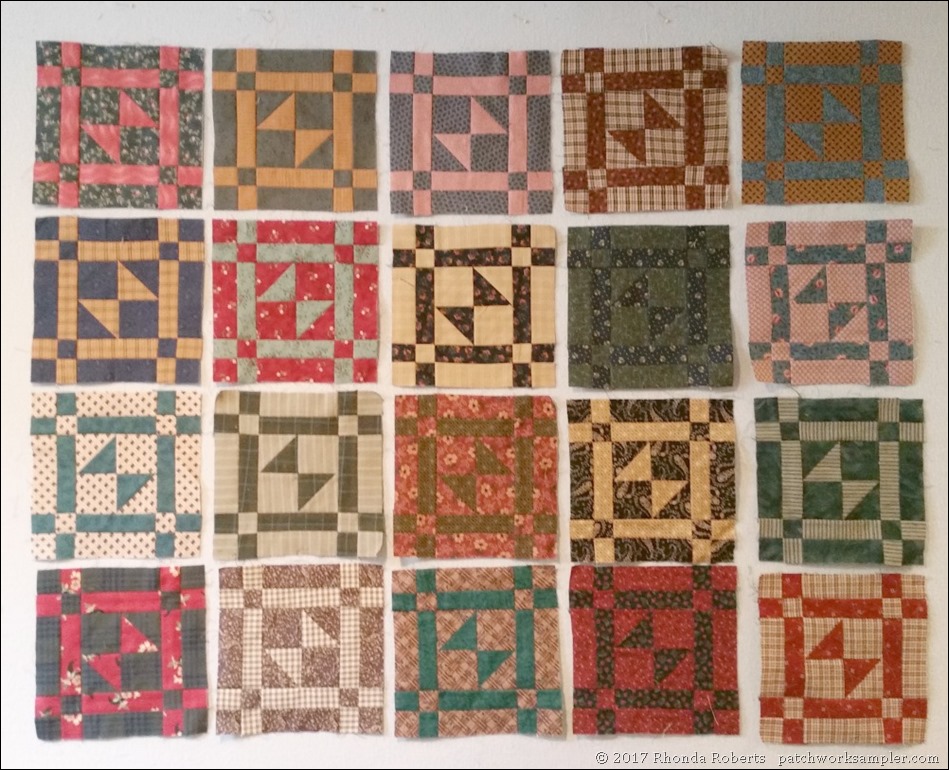 Over the years I’ve tried string piecing a few times, but never liked it enough to make a quilt.  I always abandon it after a few blocks because it seems to take forever to piece a block.  I know many people find it mindless and relaxing, but for me it stressful to paw through a bin of strings to add a half-inch to the block!  Being the good sport that I am, though, I went in with an open mind and a big tub of cut strips (leftover from the #100days100blocks project). First off, we had to make a template out of plastic, trace it on fabric, then cut it out with scissors. Grrrr…already a slow start.

Once that was finished, the piecing itself wasn’t bad.  I pieced four units at a time so was able to chain them through the machine.  By adding new strips on both sides of the center, I could piece eight strips before pressing.  That worked pretty well. Most of my strings were long and Bonnie suggested cutting them shorter so I wouldn’t have to trim them at the end of each seam. That was a great suggestion and the best takeaway tip of the weekend. I didn’t make a lot of progress on this, but enough to make me want to finish it. You can start to see the spiderweb start to form in the center of my blocks.  String Spiderweb is a free pattern on the Quiltville website. Click here for the pattern. 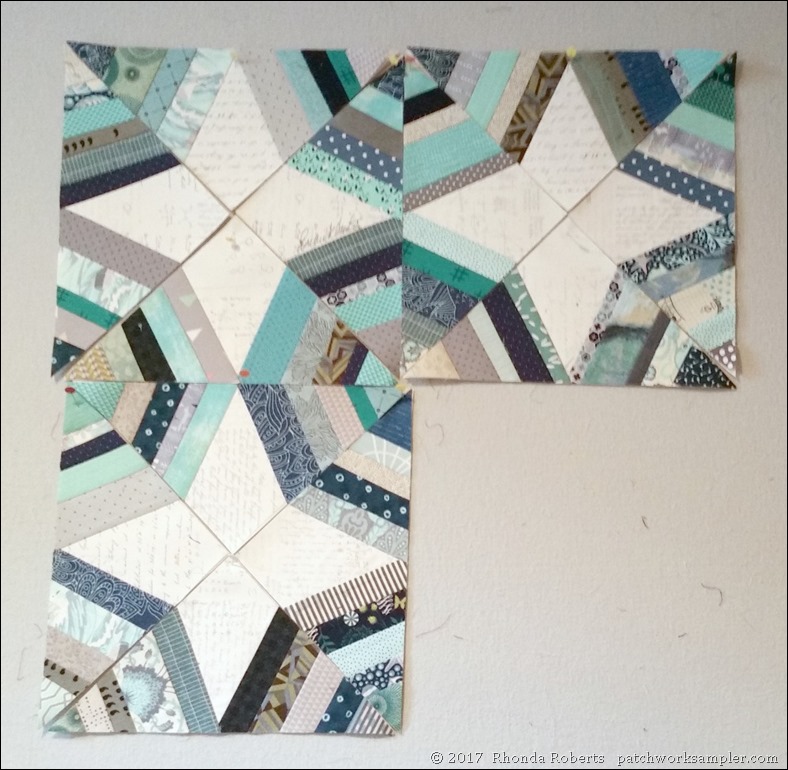 After I got home, I literally woke up in the middle of the night with an idea on how to make the center without a template.  Unfortunately, I haven’t had time to get back to this project to test it. If it works, it may finally make me a string piecing aficionado.

Day 3: Points of Interest by Jo Kramer and Kelly Hanken

This quilt was in the April 2017 issue of American Patchwork & Quilting.  I rarely buy magazines, but I bought this one just to make Points of Interest. I love this quilt! The blocks aren’t hard to make, but take a little time since there are several steps to each one.  I will keep this one and use it in my daughter’s old bedroom once I get her stuff out of there and repaint it. So, no big hurry to finish it!! 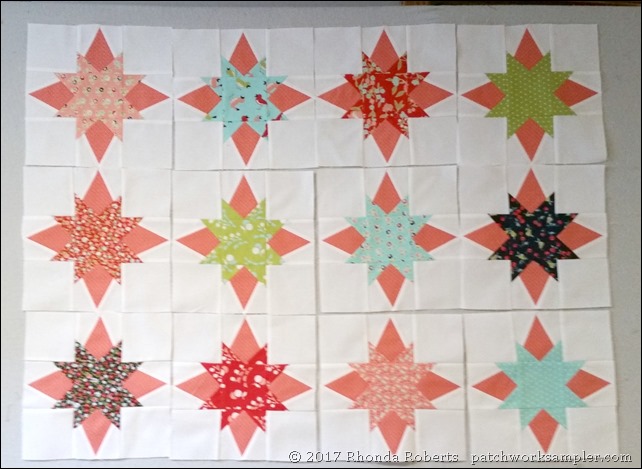 I hadn’t been to a retreat in a few years. Sometimes, it’s a little overstimulating and I end up with a migraine.  I tried to go to bed at a reasonable hour and walk a bit which helped.  I had so much fun and sat with a great group of women. Quilters come from all over to take classes from Bonnie Hunter and now I see why. She is very professional and just as warm and friendly as she seems on her blog.  She goes out of her way to encourage each student and is very generous with her time and talents.

On Friday night we were even treated to a trunk show of her beautiful quilts and it was easy to see why she is so in demand as a teacher. If you ever have the opportunity to take a class from Bonnie, go for it!  Overall, it was a fantastic weekend of sewing and laughter and I can’t wait until our reunion retreat next year. 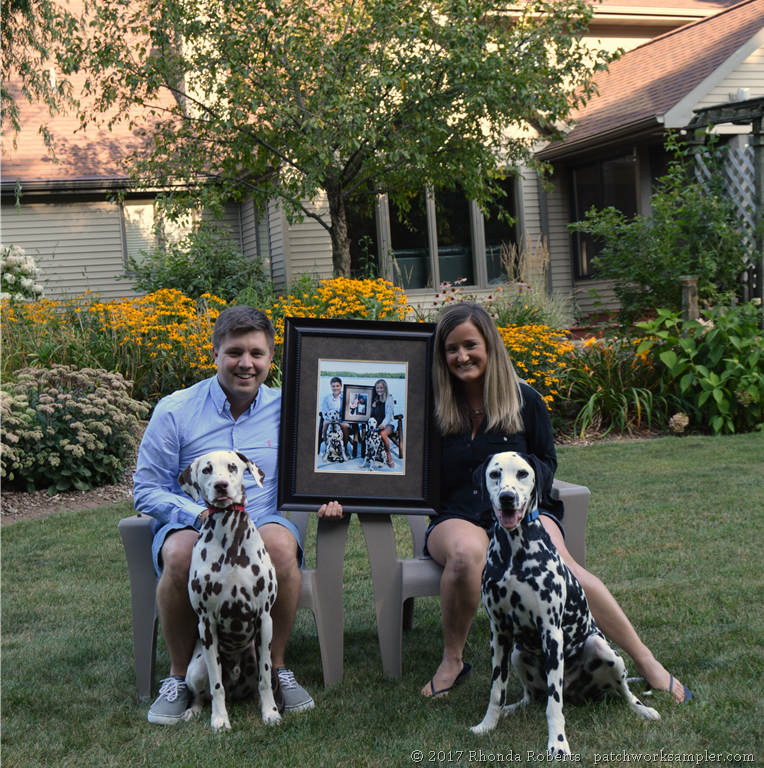 DWM: Back to Points of Interest 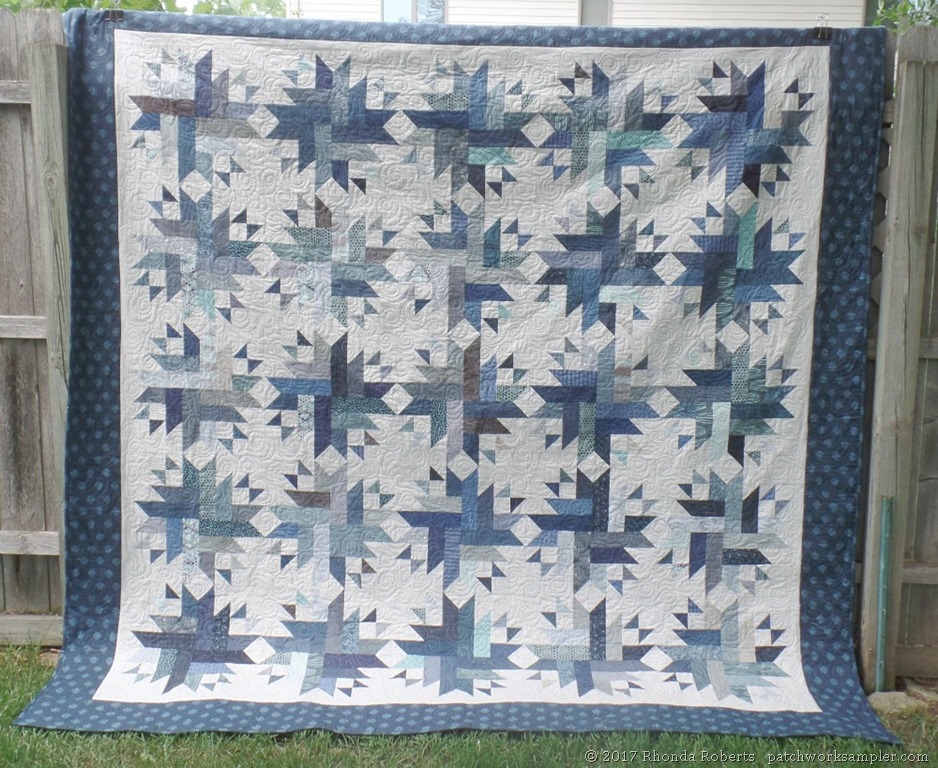 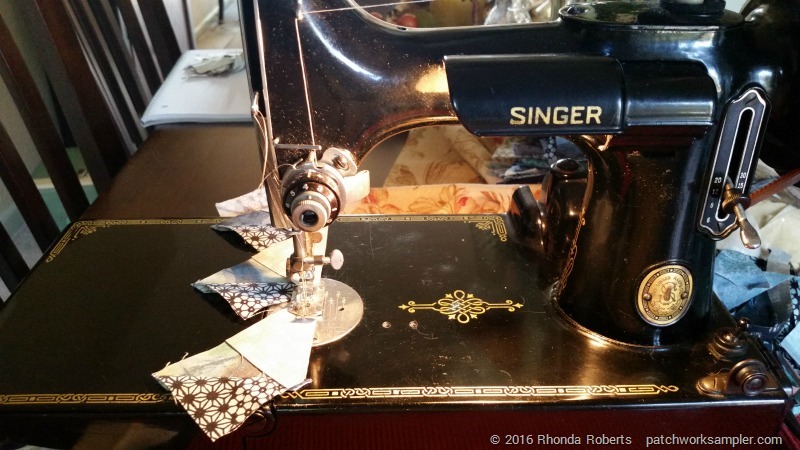