For the past several years, it seems as though I run a marathon EVERY DAY from about November 1 to January 1.  This year it started around Labor Day and it wasn’t until  yesterday I was finally able to sit and catch my breath.  While much of it is fun stuff; travel, visits with family and friends and holiday preparations, it still takes its toll.  It seems like forever since I’ve had any time to sew.

Shortly after November’s retreat, I loaded the quilt Jen made on the frame.  It is still there and only about 1/4 quilted.  I missed the four patch challenge with my quilting group, I missed December’s One Monthly Goal and I have a couple hours work to finish my last (EVER!) commission quilt.  In all fairness, though, I finished that quilt once only to have the client request additional work on it.  Sewing-wise, hardly anything has been accomplished recently and I had such lofty goals!

So, yesterday, when I got back in the sewing room I was overwhelmed.  There were so many unfinished projects and so many new ideas swirling around in my head, I was paralyzed and had a hard time committing to anything.  This is what I should have been doing—anything on this list. 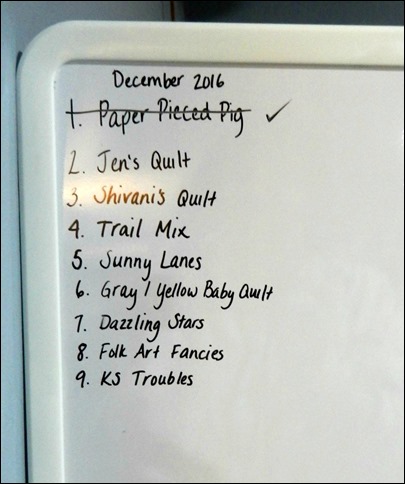 Yep, only one thing checked off December’s list…a single half-hour project!!  But, what did I work on yesterday?  The most mindless task in my sewing room. Making Waves, was the first quilt I started in 2016.  It was a stashbuster that required 576 half square triangles.  All the triangles were sewn, but the blocks were not pieced.  After a few hours, I have most of the quarter block units complete and hope to finish all the blocks today.  I would like to get this project off my sewing table because I came up with a new half square triangle project for 2017 and I’m excited to start cutting for that! 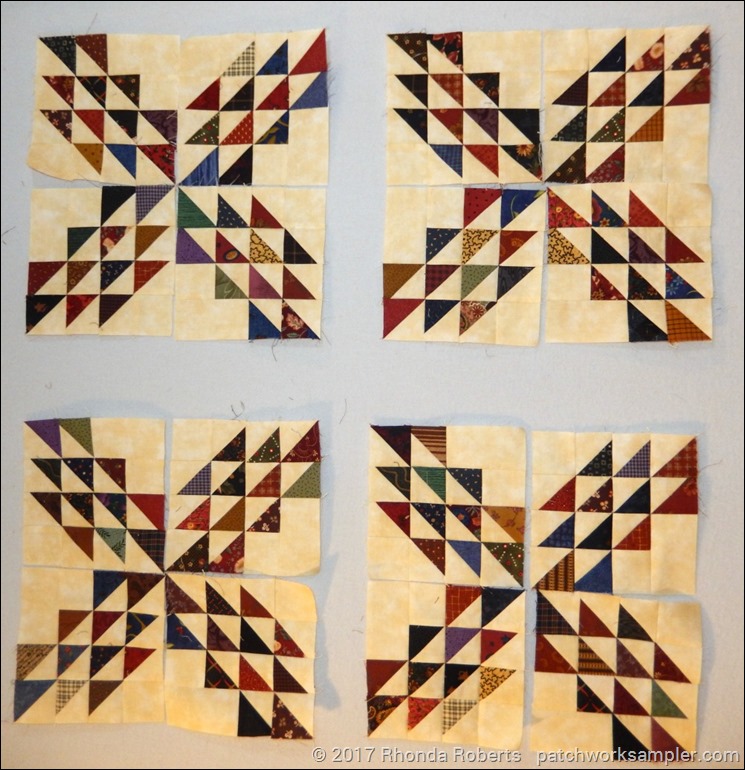 Sometime this week, I’ll go through my files and make a final accounting of last year’s accomplishments and set a few sewing goals for this year.  It’s always fun to look back and see the quilts that did come to fruition!

On the non-sewing front, we looked out the window yesterday and saw this: 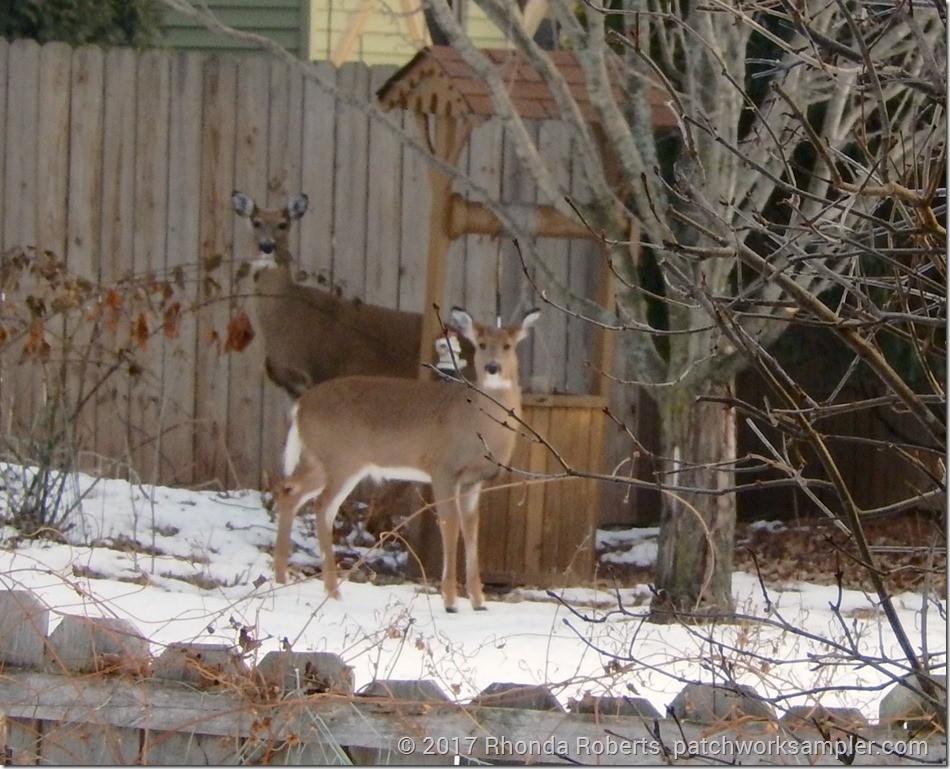 This was a first and quite a surprise since there really aren’t any woods around here.  They were quite content to walk through the neighborhood yards to check everything out and seemed quite comfortable even when I stepped out on the deck to take some pictures.

They were fun to see, but I know deer can be quite destructive to vegetation so hope they were just visting!

Are You Ready for Football?
Starting the Quilting Marathon
Design Wall Monday: Knowing when to quit