Oh the joys of home ownership!  On Tuesdays I typically have a lot of time to sew and I had a project all cut and ready to go.  However, over the weekend I looked up at the ceiling in the family room and there was a little part that looked bubbled.  When I got on the step stool and touched it this happened: 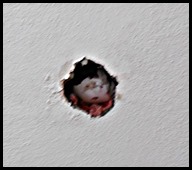 It was then I realized it couldn’t be good. We measured where the hole was then went upstairs and discovered the problem was a leak in the shower in the master bath.  So yesterday the plumber came in this gigantic truck. 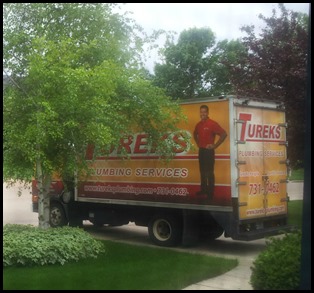 Fortunately, it was just a broken drain in the shower and it wasn’t that difficult to fix.  Now we have this: 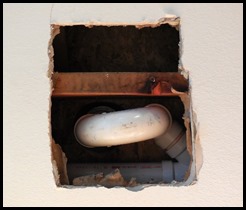 Much better. Haha!  I guess it was time to paint the ceiling anyway!

The end result was that I didn’t do nearly as much sewing as I had hoped.  What I did finish though was the Step 1 blocks to The Road to Llano quilt along at Patchwork Times. 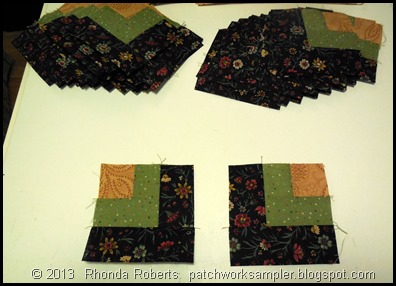 I think it’s going to be pretty.  Step 2 comes out on Thursday—can’t wait!

Design Wall Monday: Sunny Side Up