It’s been a long time since I’ve written a blog post, but it’s been a long time since I’ve done any sewing to speak of. Last weekend I was hoping to change that when my daughter Jen and I attended the retreat weekend at Olive Juice Quilts in Onalaska, WI.  Let’s just say that Jen got a lot accomplished.  Me? Not so much.  She usually prefers to work on smaller sewing projects, pillows, bags and such, but decided instead to make a quilt for her bed.  We found the perfect fabric for the pattern she liked and I cut it out for her.  While I was cutting, she sewed a little makeup bag.

By the end of the weekend she finished the quilt top (queen size) and made five pillowcases in addition to the bag.  I cut out some Christmas stockings for her to piece at home so she could continue the momentum.

My project involved a jelly roll of Olive’s Flower Market fabric which I cut into 640 2-1/2” squares to make Missouri Star’s Sunny Lanes quilt (didn’t you always wonder how many squares you could get from a jelly roll?). Typically I like to do somewhat mindless sewing during retreats and this was the perfect project for that.  After I made the 16 patch blocks I couldn’t make up my mind whether I wanted the pink fabric to be the “lanes” or the white fabric.  In the end I decided on pink, but when the blocks were finished I started second guessing myself and shelved it until I could put it on my design wall at home or audition it both ways in EQ7. See what happens when you don’t sew for awhile?  You forget how and become paralyzed over piddly decisions. 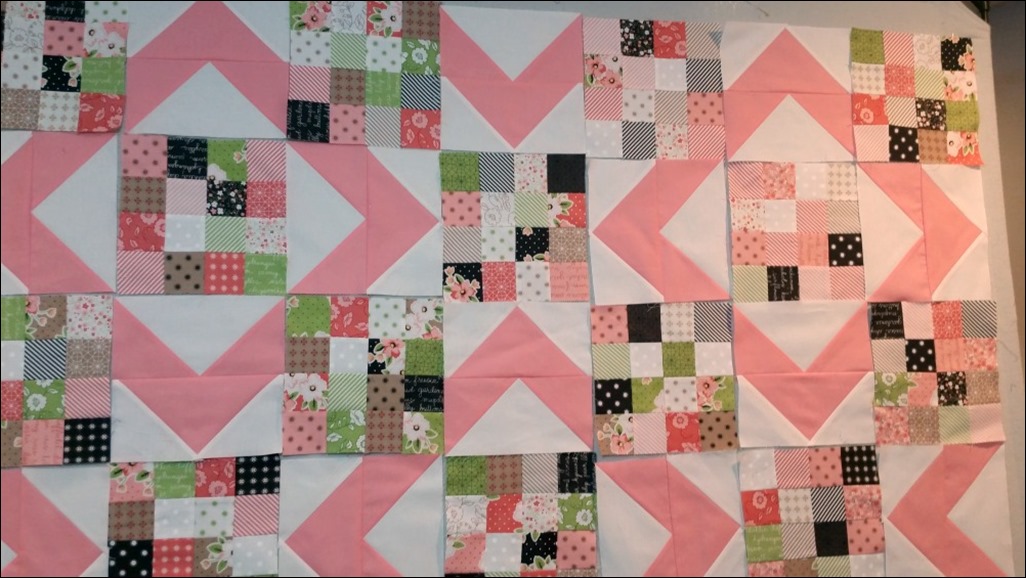 In the end though, it was a great weekend.  Spending a couple of days one on one with my daughter made it a fabulous success!

After returning home, it was back to the real world with volunteer commitments and home projects.  Only a few days until Thanksgiving and they will be spent cooking and cleaning.  THEN, I’ll be back to my regularly scheduled sewing! 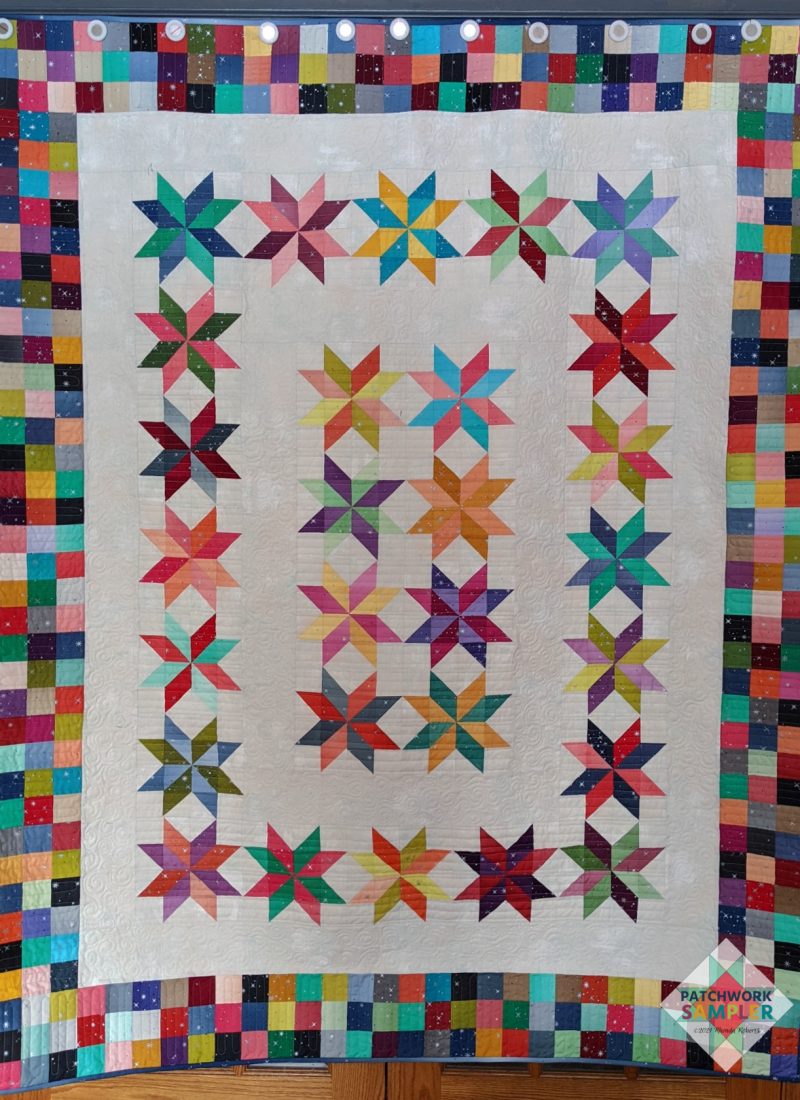 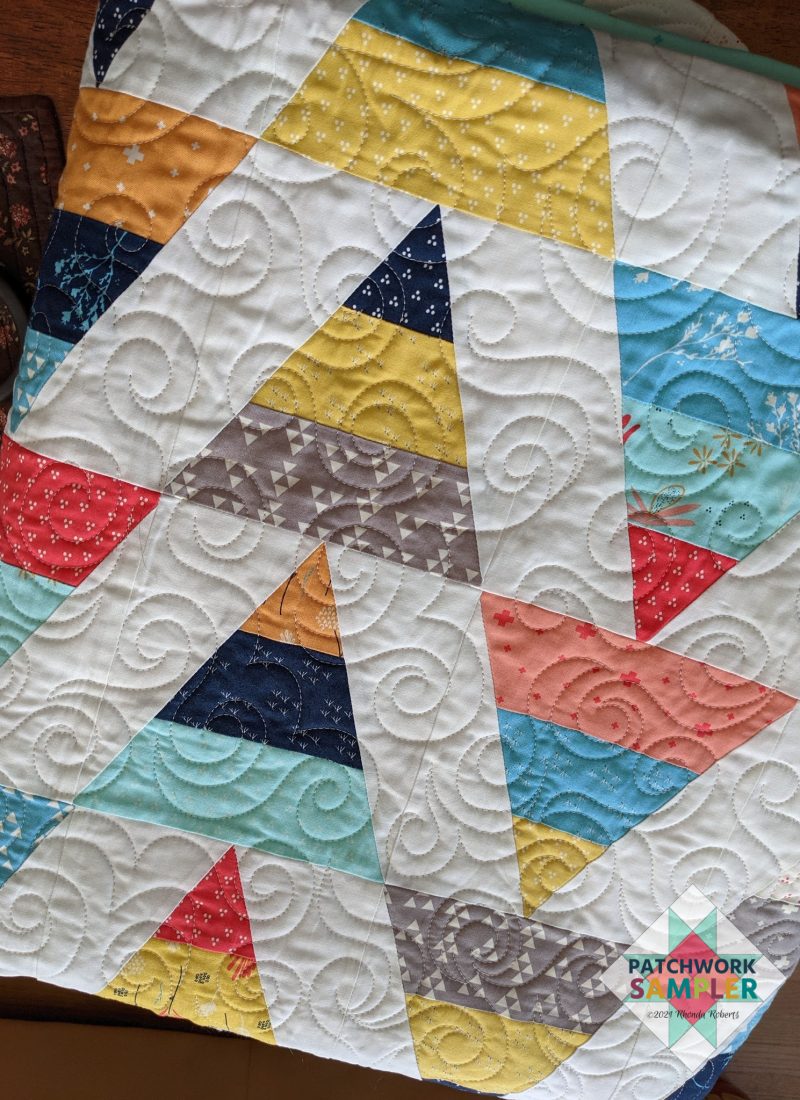 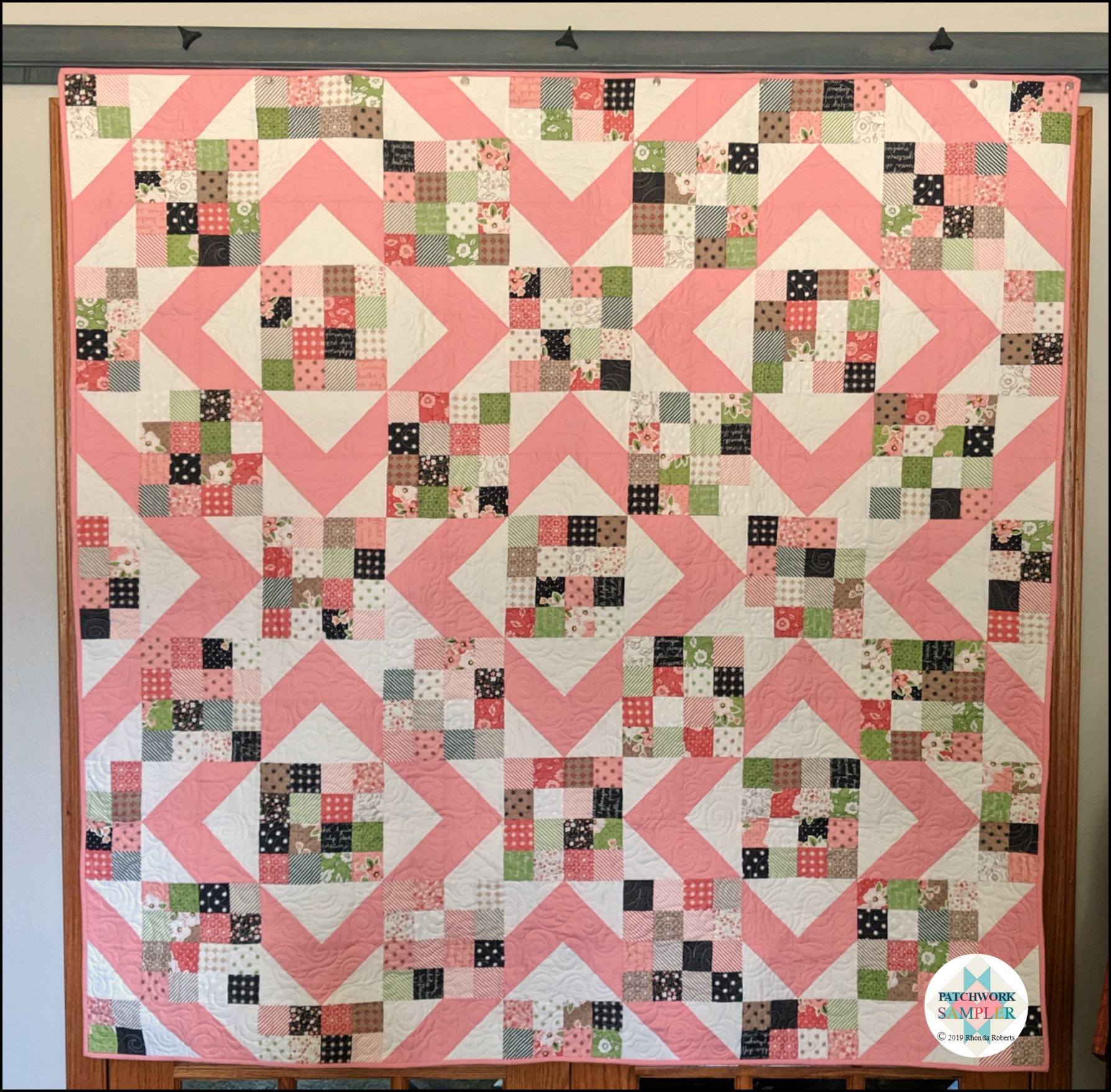