Our son Bryan is applying to medical school and has interviews scheduled at a number of different schools. I’ve been traveling with him and it’s getting a little crazy because they’re close together and there hasn’t been much time to recover from one trip before it’s time for another. Needless to say I haven’t been doing much quilting. Before all this started I had been on a roll and finished a lot of stuff. It’s been kind of fun going with him but it will be nice when it’s over and I can get back to my sewing machine. I’m determined to work down a few UFO’s before the end of the year. There’s a laundry basket of projects under my sewing table and I’d at least like to finish those.

Last week, we were in Rochester, NY and stopped in at the High Falls Visitors Center (and Art Gallery). We met the curator, Sally, and after a delightful visit with her she revealed that she had spent many years earning a living as a quilter. I knew there was a reason we hit it off right away. It was a beautiful weekend in upstate New York and Rochester is a very nice city. There are so many hiking and biking trails and we really enjoyed seeing much of the city on foot. We also walked on a path along the Erie Canal, did a little wine tasting around the Finger Lakes and visited the US side of Niagara Falls (we hadn’t brought passports to go on the Canadian side). It was a fun trip and we did a lot in a short amount of time. Here are a few pictures from the trip: fall leaves along the Genesee River walking path, Seneca Lake and Niagara Falls. 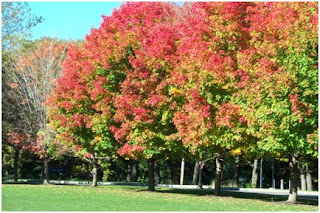 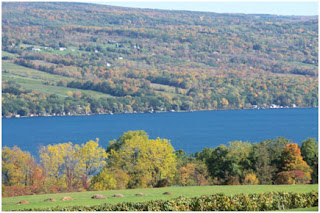 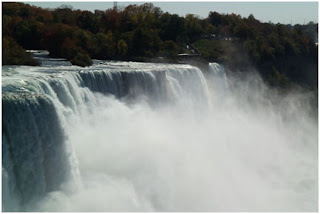 Here are pictures of a couple of quilting projects I’ve finished lately. I made three of the Spicy Spiral Table Runners. They look difficult but are really easy. I think I’ll make some for Christmas gifts. It’s an unusual pattern and not many people have seen it. The other quilt is an old UFO from Patchwork Sampler called “Grandpa’s Best” from a pattern by Perkins Dry Goods. It will be a nice one for the holidays. It’s probably from around 2004 or 2005 and now that it’s finished I wonder why I didn’t get to it sooner! 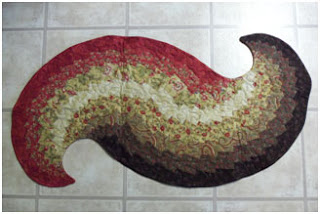 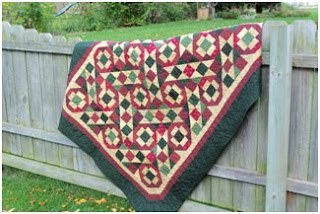