The Making Waves blocks have shown up on my wall a couple of times already, but after finishing a big project yesterday, I saw them on my sewing table and decided to move it toward the finish line.  The half square triangles finish 1-1/2” so it isn’t a big quilt, around 48” x 60”, but it’s taken a year to get this far.

This was the first quilt I started in 2016.  I cut all the half square triangles and kept them in a box by my machine.  I’m too easily distracted to do leaders and enders; I forget which parts go with what project, the pieces get misplaced and I don’t really like having more than one project on my table at a time.  I also organize my piecing so I rarely need a leader/ender and instead use the next step of my project as my leader.

What does work for me, though, is simultaneous sewing.  When I have a big, tedious project like this one (576 half square triangles), I piece, press and bag a dozen or so almost every day.  That way, the number of units isn’t overwhelming and everything stays organized.  However, I just found out I got into a retreat this summer with Bonnie Hunter, who is the queen of leaders and enders, so maybe by fall I’ll be doing things differently!! 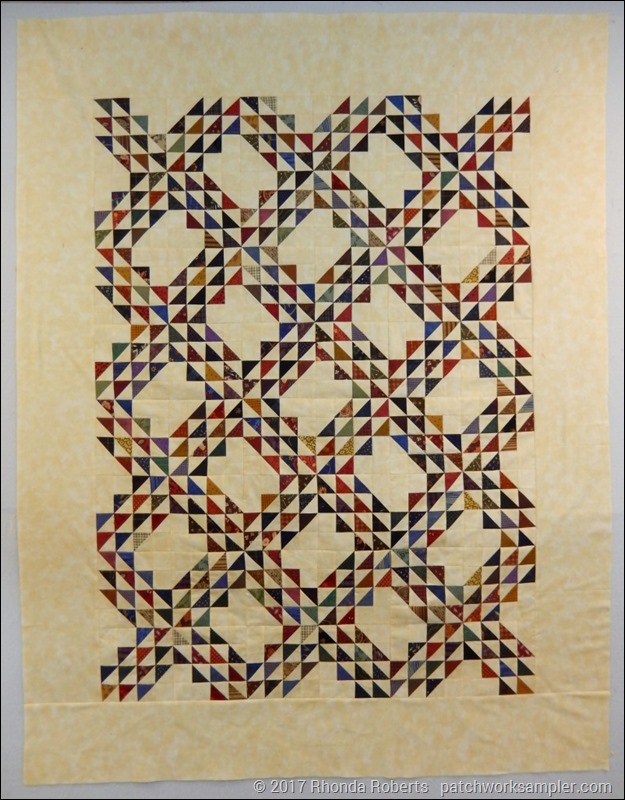 Last September, some friends and I went to MQX and I came back very excited to try some new machine quilting techniques.  Regretfully, I have yet to apply anything I learned.  The simple piecing and wide borders on this quilt just beg for some fancy quilting so maybe I’ll be brave and try something new.  I don’t have a specific use for this quilt, so it will make a good practice piece.

Linking up today with Judy at Patchwork Times so be sure to check out some other design wall projects. 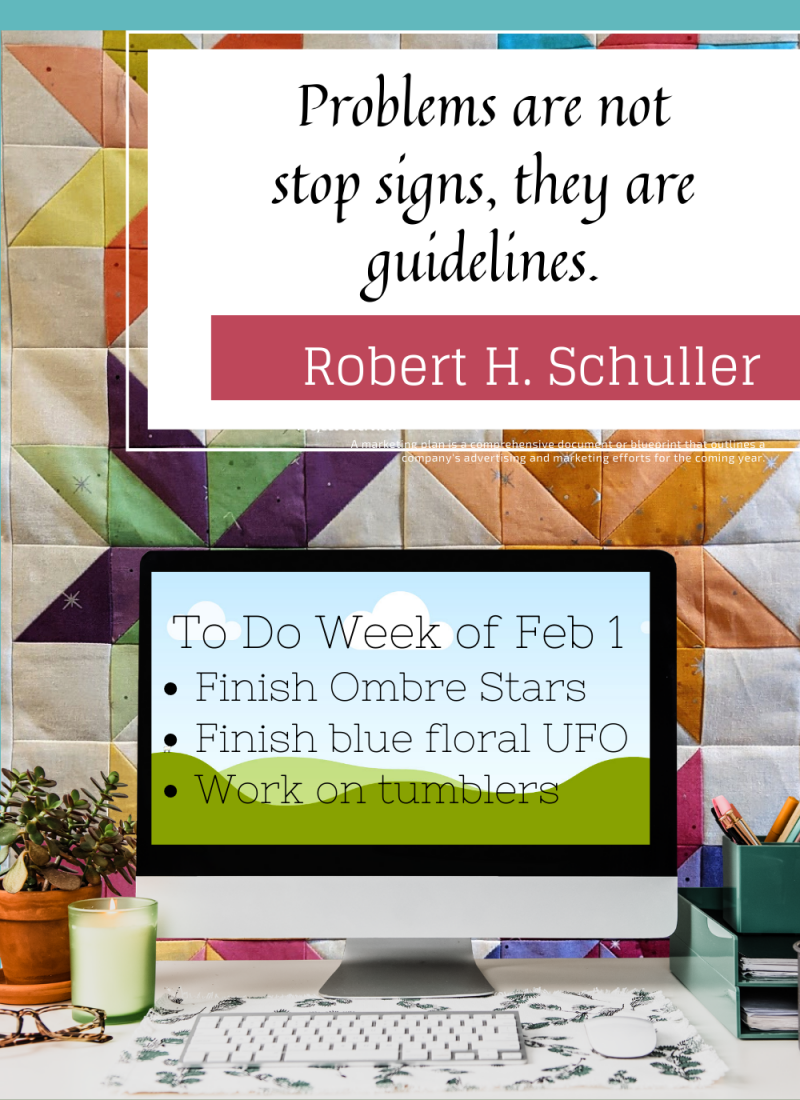 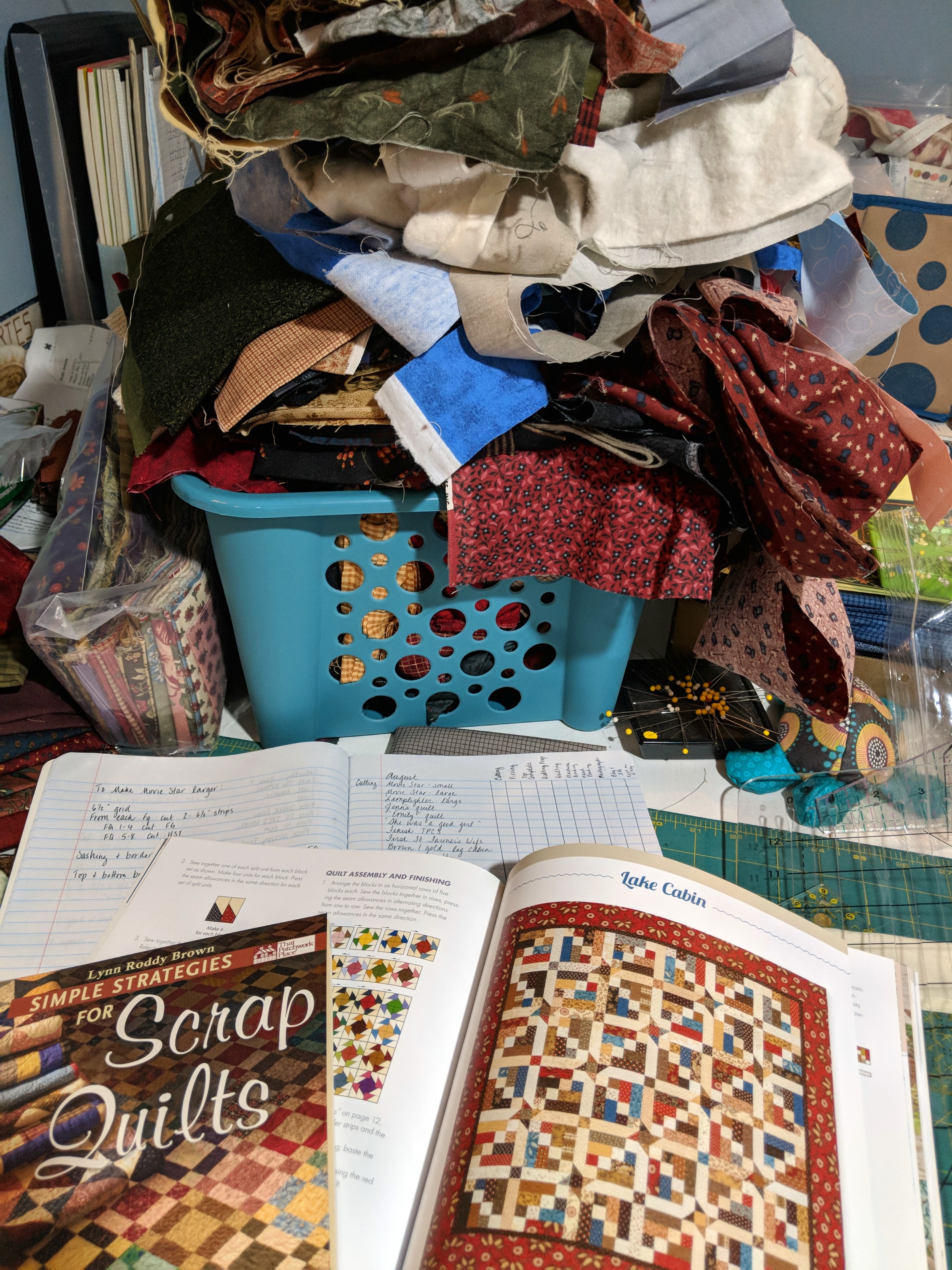