The weather here has been so unseasonably nice it’s been hard for me to concentrate on sewing.  I did manage to put some time in on the Lollies blocks.  They are easy to make, but time consuming—lots of mindless sewing.  All 30 blocks are finished now and up on the design wall while I try to arrange them in a “pleasing manner.” 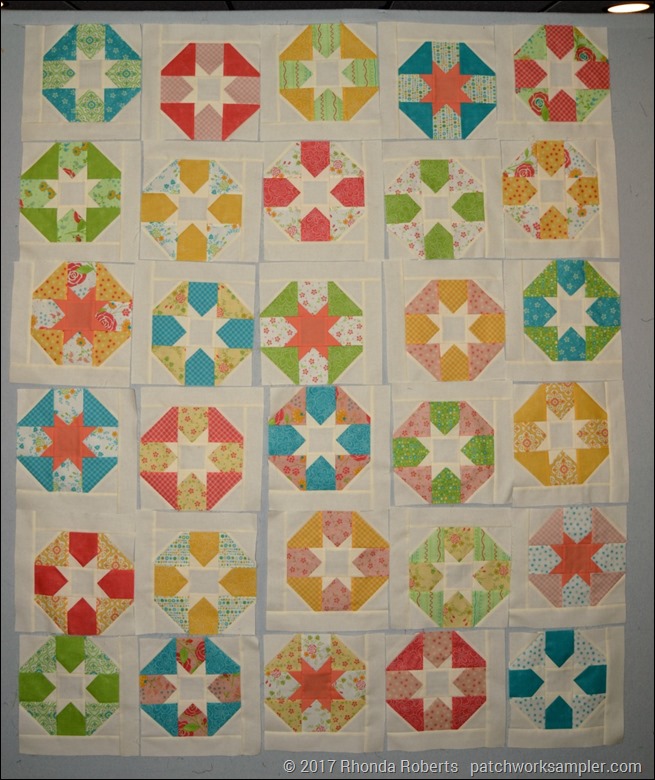 This first attempt was not pleasing because the blocks were turned every which way so the rows don’t align.  It was so distracting I couldn’t focus on color. 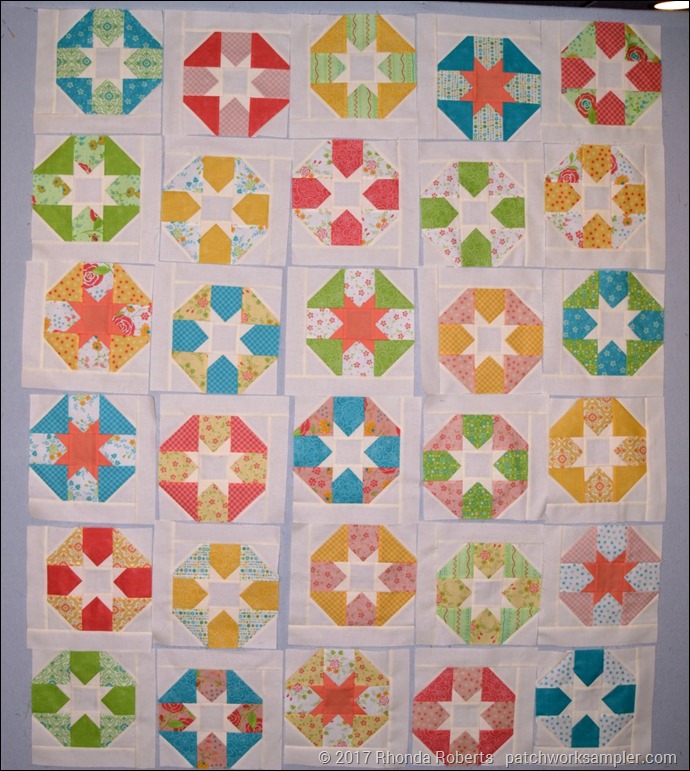 It took three tries, but I think all the blocks are turned correctly.  It is a tremendous help to put blocks on the design wall and photograph them.  It makes it so much easier to see areas that need help in a picture.  Take a look at the second row.  There are four blocks in that row that look the same (the outer part of the block is a white print) so even though the center colors are different, the blocks are too similar.  I’ll have to switch a couple of those to balance it out better.

I like how bordering two sides of the blocks automatically creates sashing and offsets the blocks a bit so you don’t have to worry about matching seams.  Very clever!

If you are looking for some Monday morning inspiration, check out the Design Wall Monday links at Patchwork Times.