A couple of months ago a friend of mine from church contacted me and said she would like to make a quilt for her daughter who is getting married this spring. She met me at the shop and we picked out fabric and decided on a modern looking design of simple light and dark half square triangles. She finished piecing the top then called and said she wanted me to take it from there– finish it and get it back to her by the end of March.  She brought the top in and mentioned she thought a block might be turned.  I checked it over, saw the mistake and fixed it.  My friend, Jacqi, (who owns the great quilt shop Keep Me In Stitches!) quilted it and brought it over yesterday.  This morning I got up early to start the binding.  After the binding was sewn on I noticed two more blocks that were turned.  My heart sank. What a dilemma.  I knew my friend wanted the quilt to be “perfect” for her daughter but it would be very time consuming and tricky to “unquilt” the bad blocks and fix them.  I had another cup of coffee while contemplating what to do, then jumped in with the seam ripper.  It was a big undertaking but I think the piecing repair looks pretty good.  I had to hand stitch about 1/4” on one seam but otherwise it worked out well.  Of course I don’t have the right thread color to re-quilt that section but I’ll run by the shop over the weekend and pick it up.  I’ll post a picture of the repair when it’s complete.  Fortunately the blocks were on the edge so it wasn’t as bad as it could have been.  If they had been in the center I probably wouldn’t have attempted it.  I’m going to recommend placing the label over the new quilting to hide the stops and starts on the back then I don’t think anyone will ever suspect what happened.  The lesson learned?  Spread the quilt out for inspection and TAKE PICTURES.  It’s always easier to spot mistakes like this in a photograph.

This was the first time I’ve tried to “fix” a quilt after it was quilted.  Have you ever been in this predicament?  If so, what did you do?

On the plus side, I think both my friend and her daughter will be very pleased with the quilt.  The fabric she used, Maasai Mara by Dear Stella in the charcoal, gray and yellow colorway is just so pretty and I’m doing bias binding  in the stripe.  Love, love, love striped bindings! 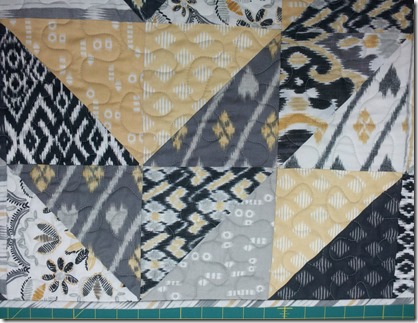 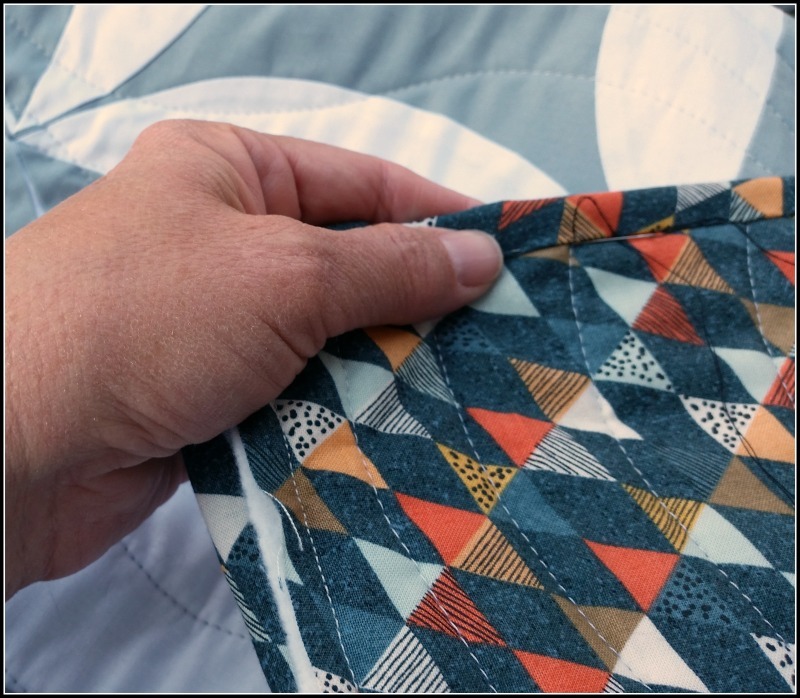 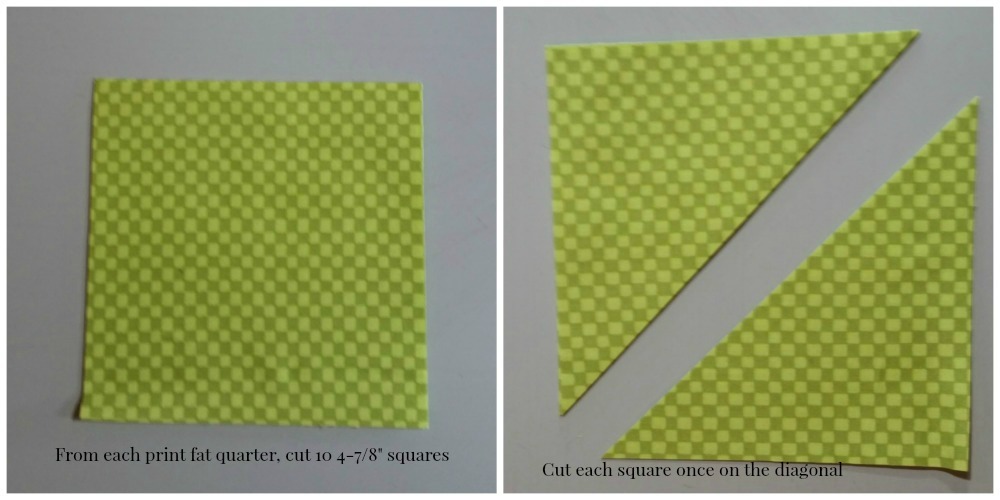